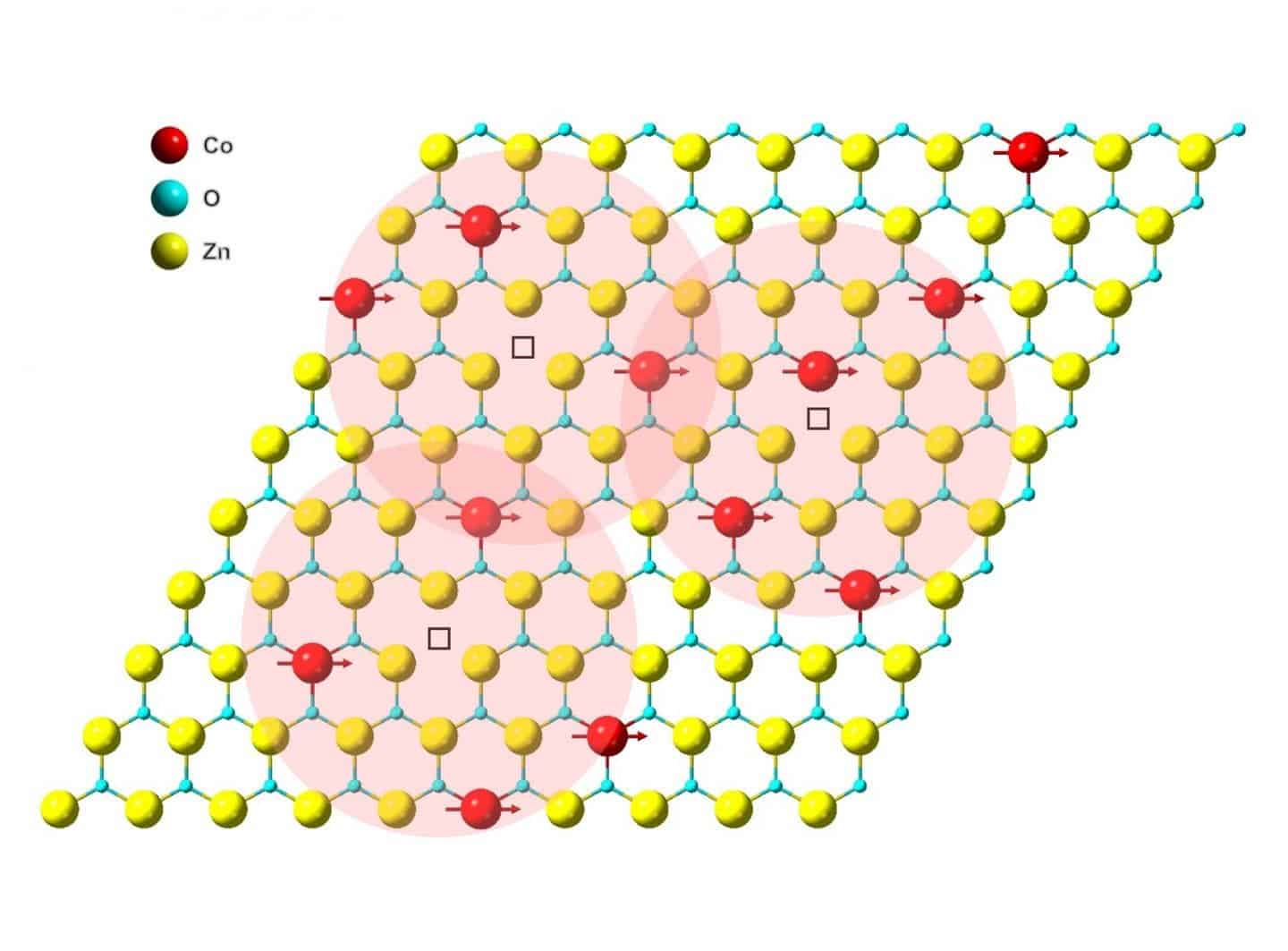 In a world first, researchers at Lawrence Berkeley National Laboratory and the University of California at Berkeley have created a magnet the thickness of an atom that can operate at room temperature. The ultrathin magnet could lead to a new class of storage devices that could store orders of magnitude more data by volume than today’s advanced devices. Such two-dimensional (2D) magnets can also prove useful in probing the mysterious world of quantum physics.

“We are the first to manufacture a 2D magnet at room temperature that is chemically stable under room conditions,” said lead author Jie Yao, a researcher in the Materials Sciences Division at the Berkeley Lab and associate professor of science and technology. materials engineering at UC Berkeley.

“This discovery is exciting because not only does it make 2D magnetism possible at room temperature, but it also uncovers a new mechanism for making 2D magnetic materials,” added Rui Chen, UC Berkeley graduate student in the group of Yao research and lead author on the study.

Modern storage devices that store data by relying on a magnetized medium usually contain very thin magnetic films. These films may only be thousands or even hundreds of atoms thick, which is impressive in itself, but scientists always want to push the boundaries.

For decades, physicists have tried to make 2D magnets that are no thicker than an atom. This would allow them to cram more data per square inch.

Some of these efforts paid off with promising results, but their major downside was that these previously designed 2D magnets became unstable at room temperature.

“State-of-the-art 2D magnets need very low temperatures to function. But for practical reasons, a data center should operate at room temperature, ”Yao said. “Theoretically, we know that the smaller the magnet, the greater the potential data density of the drive. Our 2D magnet is not only the first to operate at room temperature or higher, but it’s also the first magnet to reach the true 2D limit – it’s as thin as a single atom!

Yao and his colleagues synthesized a new material called a van der Waals magnet from cobalt-doped zinc oxide. While the name might be a mouthful, it perfectly describes what this magnet is: a single atomic layer of zinc oxide with a tiny pinch of cobalt. During the synthesis process, the material is sandwiched between layers of graphene, which are then removed, leaving only a single atomic layer of cobalt-doped zinc oxide. It is an accessible and scalable manufacturing process for low cost mass production.

Then they showed that it remains stable at room temperature. Using powerful x-ray sources at the advanced light source from Berkeley Lab and the synchrotron light source from the Stanford National Accelerator Laboratory at SLAC, the researchers described the electronic and crystal structures of the 2D magnet for different cobalt concentrations.

Depending on the results, the graphene-zinc oxide material becomes magnetic at a concentration of 5-6% cobalt, while increasing the concentration to 12% gives a very strong magnet.

Experiments have not only shown that the material retains its magnetism at room temperature, but can also withstand temperatures as high as 100 degrees Celsius (212 degrees Fahrenheit). The new material can also bend into almost any shape without breaking.

“Our 2D magnetic system shows a distinct mechanism compared to previous 2D magnets,” Chen said. “And we believe this unique mechanism is due to the free electrons in zinc oxide.”

Possible applications in IT and electronics

Data is written to magnetic memory, such as a magnetic hard drive, by reversing the direction of the two poles (north and south) of microscopic magnets using an external magnetic field. The free electrons in the 2D magnet always follow the direction of the electric currents and ensure that the magnetic cobalt atoms in the material continue to point in the same direction, thus remaining magnetic.

This property could open the door to applications in spin electronics, also called spintronics, where data can be encoded in the spin of an electron rather than in its charge.

“I think the discovery of this new, robust and truly two-dimensional magnet at room temperature is a real breakthrough for Jie Yao and his students,” said co-author Robert Birgeneau, senior researcher in the Materials Sciences Division of the Berkeley Lab and professor of physics at UC Berkeley who co-directed the magnetic measurements of the study. “In addition to its obvious importance to spintronic devices, this 2D magnet is fascinating at the atomic level, revealing for the first time how the magnetic atoms of cobalt interact over ‘long’ distances through a complex two-dimensional lattice.” -he adds. the results are even better than we expected which is really exciting. Most of the time in science, the experiments can be very difficult, ”he said. “But when you finally do something new, it’s always very rewarding.”

The results were published in the journal Nature Communication.

Opening of the Ola electric scooter portal on November 1st. Opening of…