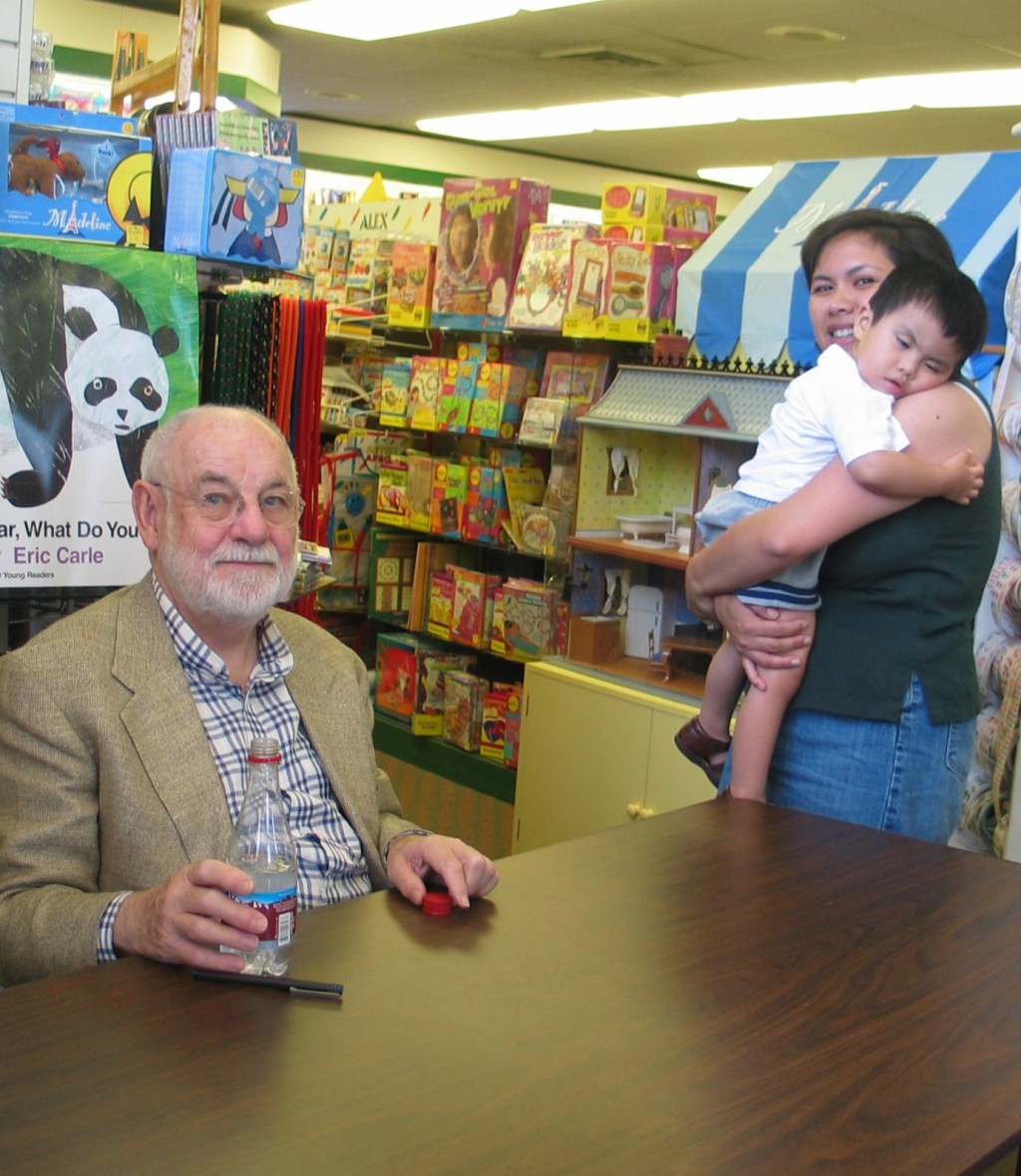 
Is there anything sweeter than reading to a child, having a hot flash of baby powder while sitting on your lap or cuddling in the crook of an arm, pointing finger and laugh as you read. You know you’ve picked a winner if, a second after your trumpet, “The end!” they say, “Again!”

Bedtime was another golden hour, when old favorites or new finds were reviewed and liked the edges and pages so much, starting to show wear and tear. We know that my children push their sleeping mothers to wake up on certain nights.

I have three copies of Eric Carle “Brown Bear, Brown Bear, What Do You See?” on my library always. Two are well worn and faded while the third is in fairly good condition. They all had lots of afternoon hugs and bedtime with my three kids, and although many of our books found new homes, I couldn’t bear to part with these old friends.

We still have two shelves of Eric Carle’s hardcover books ready to read, if anyone feels like “Daddy, please take the moon for me” or “The Grumpy Ladybug”.

My first baby is now 19 and still loves children’s books. He doesn’t remember the time he met Carle, who died last weekend at the age of 91. It was 2003 and he was both a little cranky himself, as we waited in a long line at the San Marino Toy and Book Shoppe to meet our favorite author and illustrator.

By the time we were able to say hello, my little child was asleep. We have our copy of “Panda Bear, Panda Bear, What Do You See?” signed and took pictures anyway. (He was the firstborn. Of course, every minute of his young life has been documented.)

When his little brother was born, our Eric Carle library had grown. Now I had two little ones laughing as I quickly read this part of “The Very Hungry Caterpillar”.

“On Saturday he ate a piece of chocolate cake, an ice cream cone, a pickle, a slice of Swiss cheese, a slice of salami, a lollipop, a piece of cherry pie, a sausage, a cupcake and a slice of watermelon ”, comic break. “That night he had a stomach ache. Chuckle with laughter.

Eric Carle’s books with his collage art remained fresh and beautiful, even as my babies turned into first graders, then fifth, then in an instant, taller than me. His books stay on the shelves because, as EB White said, “Real life is just a type of life, there is also the life of the imagination.”

We all still remember the closeness of reading together, and as my son once said, “feeling warm inside,” the connection. I like to think that even my teenagers can believe that a caterpillar can eat through a cupcake, or that a little girl can jump and dance with the moon. At home, where we like to say we can never have enough shelving, we will always be grateful to Eric Carle and the beauty he has created for generations.

So even if not treated as often as before, Carle’s works will retain their place of honor in our home, alongside “The Velveteen Rabbit” by Margery Williams, “When You Were Small” by Sara O ‘Leary and’ The Giving Tree ‘by Shel Silverstein.

The Eric Carle Museum of Picture Book Art in Massachusetts published this tribute to their co-founder: “In the light of the moon, holding a lucky star, a rainbow painter now walks the night sky . “

Children of books – of all ages – thank you Eric Carle.

Win an SUV | The best giveaways of the week, including a Defender EV