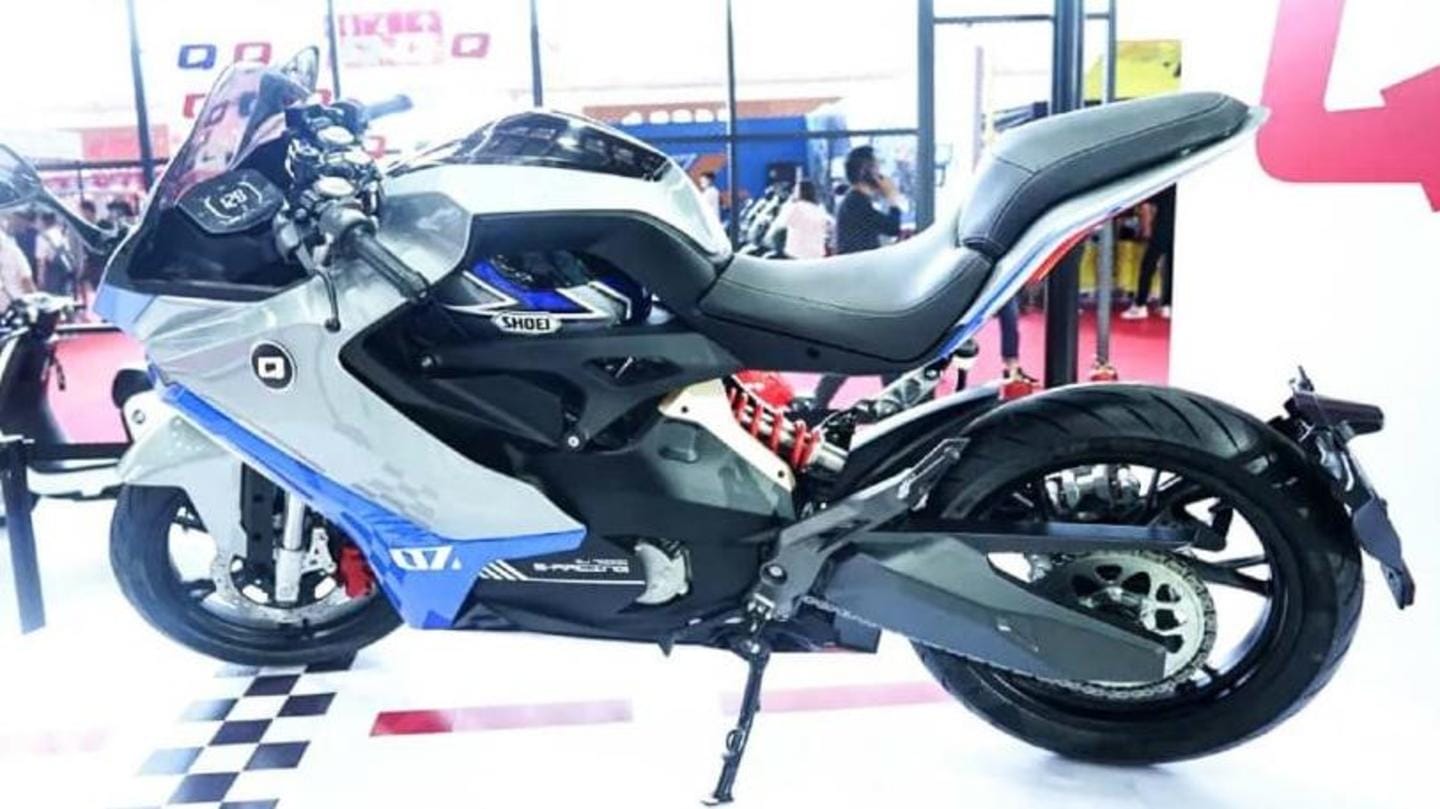 Benelli’s sister brand QJMotor unveiled its QJ7000D motorcycle at the 2021 Beijing Motor Show. It is unlikely to be sold outside of China.

As for the highlights, the two-wheeler has an aggressive design and comes with a full-color TFT instrument console. It is powered by an electric powertrain and promises a range of 100 km per charge.

The bike has a raised windshield and alloy wheels

The QJ7000D has a fully streamlined look, with a floating-type raised seat, arrow-shaped mirrors, a raised windshield with a camera mounted below, and storage space that replaces the conventional fuel tank.

It sports two-tone paint and a license plate mounted on the rear fender.

The vehicle has disc brakes on both wheels

To ensure rider safety, the QJ7000D is equipped with disc brakes on the front and rear wheels. It is not known if ABS is available for better handling on the roads.

The suspension functions on the motorcycle are provided by inverted forks at the front and a central shock absorber at the rear.

The QJMotor QJ7000D will only be sold in China, but is expected to arrive in international markets as a Benelli model. He is unlikely to debut in India in the near future.